What the Grateful Dead taught me about marketing

Posted on September 21, 2011 by debmcalister 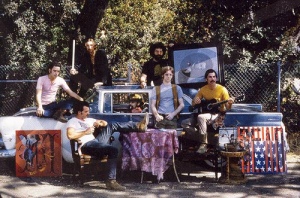 On April 15, 2010, IDC analysts Frank Gens and Amy Konary presented an executive briefing called The Maturing Cloud: What the Grateful Dead Can Teach Us About Cloud Economics.  In addition to IDC’s usual carefully researched data, the webinar included a wealth of thought-provoking information that used analogies from the band’s storied history and correlated it to the technology industry.

When I thought about how Gens and Konary used the Grateful Dead analogy to clarify many of the most confusing aspects of cloud computing, I realized that I could apply the same lessons to marketing.  So, with grateful acknowledgement of IDC for giving me the idea, here are the four things that the Grateful Dead taught me about marketing. 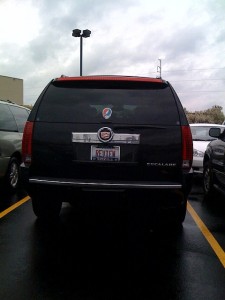 When I was a rookie account executive at a large agency, I remember walking through an airport with a client and seeing the client’s advertising campaign on a kiosk in the terminal.  “We need to change that old thing,” the client said.

“But, sir, it just went up last week,” I ventured.

“What do you mean it just went up last week?” he said.  “I’ve been looking at that image for months!”

Of course he had — he’d seen it at the concept and planning stage, and watched it as it was rolled out across the company’s divisions and multi-channel marketing deliverables.  So while it was old to him, it was new to the thousands of prospective customers walking through that airport terminal along with us.

Today, there’s a myth that messages have a very short lifespan because of the speed with which they’re delivered.  As I wrote in The Distributed Marketing Blog last week, the speed of delivering a message doesn’t change the fact that human beings have to hear or see that same message multiple times before they will remember or believe it.  It’s one of the (many) reasons that multi-channel marketing isn’t an option — it’s a requirement.

I can’t say I was ever a Grateful Dead fan. I saw them live just once, during an assignment for a magazine, and spent an hour or so backstage chatting with the band and their families. I did admire the way their fans stuck by them.  I will never understand why fans felt so close to the band.  At the huge concert I attended, the band was incredibly distant and hard to see.  But the self-described Deadheads treated the band, and each other, like a huge dysfunctional family.  To me it was sad how many of them ended up left on the roadside, drug addicted and lost, while the vast tribe moved on through the decades.  And of course, I admired the way that the band kept producing music that their fans loved to listen to again and again.

If the brands I work with can do the same, then I will know that my marketing efforts have been worthwhile.  Or, as the Grateful Dead sang in Box of Rain, “Believe it if you need it or leave it if you dare.”

Photo credit:  Rosie McGee shot the photo of the Grateful Dead in Haight Ashbury (San Francisco) in 1969; all rights reserved by the artist.  Michael Marusin shot this photo of a Deadhead sticker on the Cadillac in 2008.

I'm a Dallas-based marketing consultant and writer, who specializes in helping start-up technology companies grow. I write (books, articles, and blogs) about marketing, technology, and social media. This blog is about all of those -- and the funny ways in which they interesect with everyday life. It's also the place where I publish general articles on topics that interest me -- including commentary about the acting and film communities, since I have both a son and grandson who are performers.
View all posts by debmcalister →
This entry was posted in Uncategorized and tagged Grateful Dead, IDC, marketing, multi-channel marketing. Bookmark the permalink.