Posted on September 12, 2017 by debmcalister

Check out the trailer for my grandson’s new film, Beyond the Bridge.  Here’s a link to the YouTube trailer.

Beyond the Bridge is a story about suicide told through the lives of three people. An award-winning therapist dealing with the guilt of losing his twin brother to suicide, a 2nd generation Cuban-American afraid to reveal his true identity as a homosexual and a washed-up rock star battling addiction in the midst of losing it all.

Dr. Dahneesh Sanders (played by Elijah Britton) dedicated his life to the research of mental illness after the death of his brother Danny. Following the release of book entitled ‘Beyond the Bridge’, Dahneesh attempts to rid his guilt and redeem himself by providing therapy to a teenage boy who reminds him of his fallen brother. (My grandson, Kameron Badgers, plays the teenager, and his character Jacob Carter, is the catalyst for the plot twist and dramatic ending of the film.)

Sammy Jiminez (played by Nathan Guerra) has been hiding the fact that he’s gay for over half of his life. He’s given up Each day is just a measurement of time counting down to its inevitable end. The thought of being rejected by his father is worse than death and the glimmer of hope that he might be accepted by his dad is the only thing keeping him alive.

Kano Hibiki (played by actor Michael Nguyen) has lost everything worth living for in his life. His band. His girlfriend. His daughter. He finds himself on a path of self-destruction before a serendipitous encounter with an admirer.

Three people… Three separate lives… all connected by their desire to make sense of their individual realities.

Here are some behind-the-scenes photos from the film, which was shot on location in Denton, Little Elm, and Pilot Point — three towns northwest of Dallas. If you like the trailer, please share the link. The independent filmmakers behind the anti-suicide film are seeking distribution and film festival showings for the film, and it’s an important message that will touch the lives of everyone who experiences it.  Here’s the link again — to make it easy to share https://youtu.be/WG6JJGkca1M — thanks for helping us get the word out. It is National Suicide Prevention Month after all!

This is what the director saw as this scene in a Denton bookstore was being shot. The image below is the same scene from another angle. 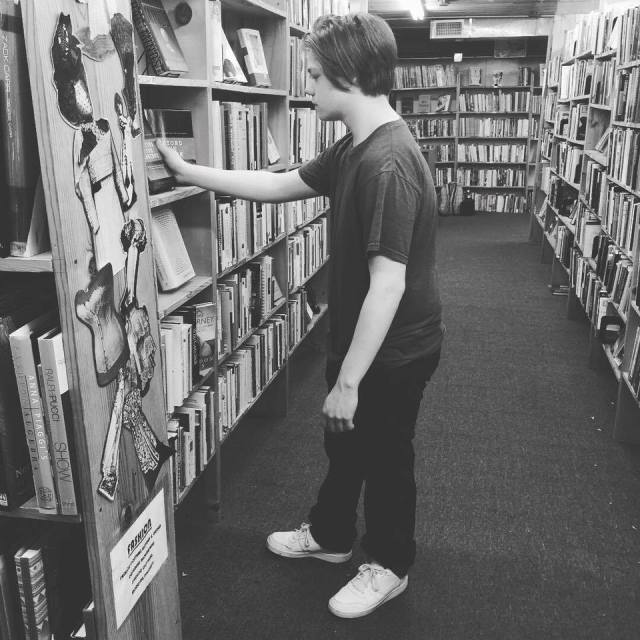 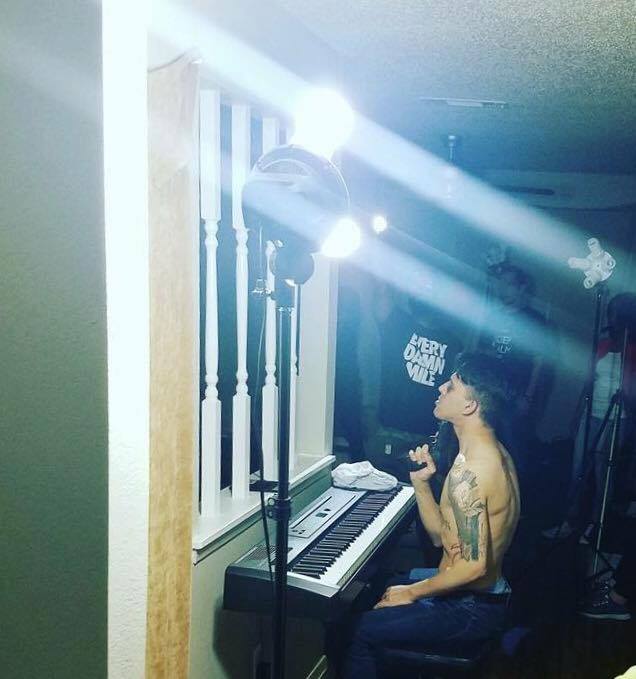 In his role as Sammy Jiminez, a gay man hiding his true self, actor Nathan Guerra keeps the audience riveted. 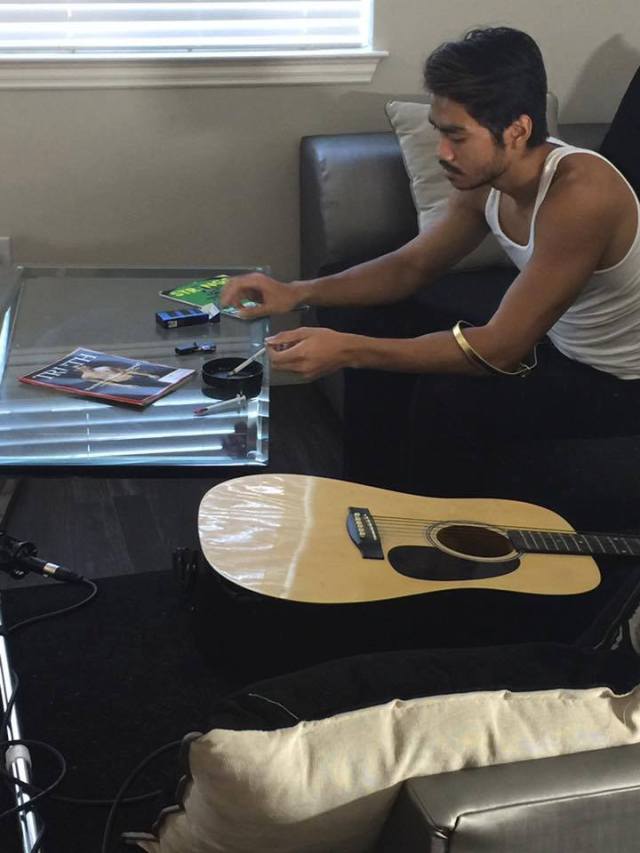 In his role as a washed-up rock star named Kano, actor Michael Nguyen shows off his acting skills in a difficult role.

Dallas actor Elijah Britton stars in Beyond the Bridge, as a therapist working with troubled patients. Kameron Badgers plays a teenager who convinces his therapist he’s ready to “graduate” from therapy. This is Britton’s first starring role in a film, but you’d never know it from his amazing performance.

I'm a Dallas-based marketing consultant and writer, who specializes in helping start-up technology companies grow. I write (books, articles, and blogs) about marketing, technology, and social media. This blog is about all of those -- and the funny ways in which they interesect with everyday life. It's also the place where I publish general articles on topics that interest me -- including commentary about the acting and film communities, since I have both a son and grandson who are performers.
View all posts by debmcalister →
This entry was posted in Acting & Circus and tagged actor Elijah Britton, actor Kameron Badgers, actor Michael Nguyen, actor Nathan Guerra, anti-suicide film Beyond the Bridge, Beyond the Bridge, filmmaker Matthew Thomas, filmmaker Ramon Malpica, Free Lane Films, Suicide Prevention, Suicide Prevention Month, trailer for Beyond the Bridge. Bookmark the permalink.