Is CastHub.tv a Casting Hub Spin-off? Is it Legit?

I can always tell when Casting Hub hosts one of its big weekend “auditions”, because traffic on my blog always skyrockets on Sunday, as parents start to go online to research the company after their child gets the “good news” that they’ve been selected for a call back.

This weekend was no exception. But I also got this comment on one of my older posts on the company. I don’t know the author, but I thought the comment was worth posting:

“We just experienced the same pitch from Casthub which is just another incarnation of the same type of business and probably of the same business Casting Hub.

“We went to the first “meeting” or audition yesterday and last night the sales pitch came for the Follow up visit today with a requirement for almost $8,000. I really feel terrible that there may be people today actually trying to come up with that money and falling for this.

“If you listen very carefully when the service is described it is nothing more than a website to store your childs profile and pictures which YOU can choose to forward (email) to an agent who will take his normal percentage of any work your child receives.

“The other thing your readers should keep in mind is that scammers have ways of keeping a low profile on the internet such as changing Domain Names (Casting Hub to casthub.tv) and that US corporate LAW means the individuals running companies through various legal structures make it very hard for people to come home and just Google the company that is claiming to be able to help them.

“Several people said it best that you don’t pay several thousand dollars for the right to be able to be seen by a talent agent. You work directly with a talent agent who is paid a commission to provide you with work and therefore work with people who are most likely to obtain work.” — Ted Kruzinsky 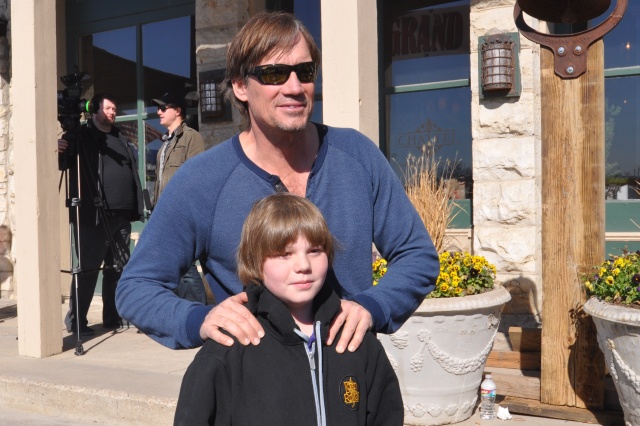 What do I know about helping a child actor’s dreams come true? Not a lot — my 12-year-old has been in “the business” for just under 2 years, and has filmed 6 movies and 2 TV shows in that time. This is a shot of him on the set of Gallows Road (he was an extra on that one) with Kevin Sorbo. But what I do know is that it costs nothing to submit child actors to legitimate agents or casting directors, and we did not pay a listing service or advertising service to help Kameron get his amazing SAG-franchised talent agent, and we’ve paid nothing for the auditions or roles he’s gotten. In fact, his college fund is nicely fatter for the work he’s put in — he’ll be paying taxes this year for the first time.

Casthub.tv: What They Sell

Based on the comment I received, I paid a visit to www.casthub.tv They’re more up-front than many sites. At the very top of the company’s home page, it says the company is a commercial advertising service.  At the bottom, is the same disclaimer found at the bottom of the old Casting Hub website — the only change is the name of the company.

“CASTHUB.TV (“Cast Hub”) “a commercial networking service”™ is not an employment agency, school, performing arts academy, management company or a talent agency. Cast Hub does not engage in training, procuring, offering, promising, or attempting to procure employment or engagements for artists. Cast Hub only provides Internet exposure, networking resources and tools for you to match your talent with available listings of auditions and casting calls. The content provided by Cast Hub through this website is without warranties of any kind, whether express or implied, including, without limitation, warranties of merchantability and fitness for a particular purposes. Please refer to the Terms of Service for more information. ALL TRADEMARKS, LOGOS, LISTINGS, NAMES, WORDS OR PHRASES OF A COMPANY OR ORGANIZATION (INCLUDING A STUDIO, PRODUCTION COMPANY, NETWORK, BROADCASTER, LICENSED TALENT AGENCY, LABOR UNION, OR ORGANIZATION DEFINED IN LABOR CODE §1117) APPEARING ON THIS WEBSITE ARE THE PROPERTY OF THEIR RESPECTIVE OWNERS AND NOT TO BE CONSTRUED BY ANYONE AS AN ENDORSEMENT, SPONSORSHIP, APPROVAL OR AFFILIATION OF THAT COMPANY OR ORGANIZATION WITH Cast Hub.”

Going to Casting Hub’s old website — www.castinghub.com — no longer gives the public access to the company’s information.  The website is now simply a log-in for clients who have paid the company for its services. The Facebook page Casting Hub Auditions is still active, and I continue to get inquiries from parents who say that they have attended a Casting Hub audition.

Both www.castinghub.com and www.casthub.tv are registered by a company called Domains by Proxy out of Phoenix Arizona, according to the Whois look-up function. Casting Hub was created in 2004, while CastHub.tv was created on Christmas Eve in 2013, and the domain was moved to new servers just a couple of weeks ago.  CastHub has a video on Vimeo  that explains what the company actually sells — and the video is quite similar to one about Casting Hub that has since been removed. The video does a good job of talking about actors and models as independent contractors or small businesses (which they are), but it implies that actors and models have to spend big dollars to “market themselves” to agents. That certainly has not been my personal experience.

As the comment submitted by the father who was unhappy about being asked to pay $8,000 for an Internet advertising service for a child says, it’s a high price for the ability to do something you can do yourself for free. On the other hand, any company is free to set the prices for their services — and publishing links to casting calls, offering advice and suggestions on how to get an agent, and publishing online directories of available talent are all perfectly legal services.

The problem I hear over and over is not what the companies sell — it’s what parents THINK they are buying when they sign up.  Many parents attend an “audition” for what they think is an acting job — often a Disney or Nickelodeon series or movie. Then they are told they must enroll their child in the company’s service — at fees ranging from $2,000 to $8,000 — before their child can be submitted for the opportunity, even though a “director” is very excited about their child’s talent and potential.

If your child has gotten a “callback” from CastHub.tv (or Casting Hub), or if you are a current client of either company, I’d love to hear from you. Here are links to my previous posts on this subject — I hope they are helpful to other parents of would-be actors. 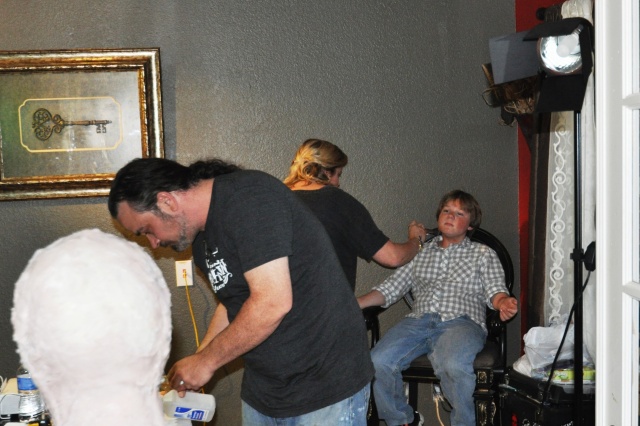 Dallas child actor Kameron Badgers was a principal in Ghede Origins, a horror film currently in post production. To get your child from acting class to the make-up chair on a major film production shouldn’t cost you a dime. Pay for training, headshots, video demo reels — and find the right local agent to help them get auditions.

One final note to parents with a child who wants to get into the movie business — dreams do come true, but not every dream will come true. For an unvarnished look at what it’s like “in the trenches” for an undiscovered young actor, send your child to Kameron’s website — www.kameronbadgers.com.  It’s a preteen’s view of the good, the bad, and the disappointment that come with auditions you never hear back from, waiting for films to come out and wondering if your scenes landed on the cutting room floor, and the many hours of rehearsal, training, and practice that go on behind the scenes.

I'm a Dallas-based marketing consultant and writer, who specializes in helping start-up technology companies grow. I write (books, articles, and blogs) about marketing, technology, and social media. This blog is about all of those -- and the funny ways in which they interesect with everyday life. It's also the place where I publish general articles on topics that interest me -- including commentary about the acting and film communities, since I have both a son and grandson who are performers.
View all posts by debmcalister →
This entry was posted in Acting & Circus and tagged acting scams, Casthub.tv, Casting Hub, child actors, information for parents of child actors, is casthub.tv legit, Kameron Badgers, parents of child actors. Bookmark the permalink.

37 Responses to Is CastHub.tv a Casting Hub Spin-off? Is it Legit?