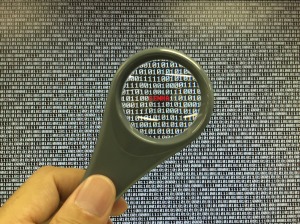 A recent court case in New York may be changing how private investigators use their computer skills. It’s just one of several recent court decisions that may affect computer and cell phone users.

It’s been awhile since I posted anything about social media law. The truth is that since I’m not a lawyer, I tend to get sidetracked and not pay much attention to changes in social media law until something happens that affects me, or one of the companies I mentor or invest in. But over the last few months, a number of court cases and legal changes have crept up on us all, so I figured it was time to summarize some of the biggest.

A friend of mine worked in marketing for a start-up that filed for bankruptcy. She was wondering whether or not it was worthwhile keeping up with the social media accounts started for the failed company — but Dallas cyber lawyer Shawn E. Tuma warned her not to continue using them without the express written consent of the company.  Why? Because, Tuma said, a court in South Texas has ruled that social media accounts have a value, and should be included in a company’s bankruptcy filing.

The case is In re: CTLI LLC, No. 14-33564 (Bankr. S.D. Tx. Apr. 3, 2015). The judge ruled that the former business owner must surrender the company’s social media accounts, since they were part of the businesses’ bankruptcy estate.

A Brooklyn woman was allowed to use Facebook to serve her soon-to-be-ex-husband with divorce papers after a judge decided that she met specific criteria. Manhattan Supreme Court Justice Matthew Cooper allowed the woman to use a Facebook private message to serve her elusive spouse with the required legal papers.

Lawyers for the woman said that the ruling was necessary because:

For many years, it’s been understood but little publicized that some private investigators were using a bit of hacking to help their clients. But courts and law enforcement officers have increasingly put pressure on PIs, and a recent court case in New York may signal a shift in how willing investigators may be to risk fines or jail time in the future.

Manhattan U.S. Attorney Preet Bharara said that private investigator Eric Saldarriaga had crossed a line when he hired hackers to secretly access the email accounts belonging to people he was investigating. Saldarriaga plead guilty, and is awaiting sentencing.

Tuma, the Dallas attorney who specializes in cyber law, wrote on his blog, “I have seen far too many cases where private investigators do things like install keyloggers on estranged-spouses computers, install sniffer programs to find their login credentials, and do other nefarious activities to hack their way into computers. Why should it come as a surprise to anyone that a PI has now been busted for hiring a professional hacker to break into the email accounts of individuals he was investigating?”

Keyloggers are a legal way to monitor what happens on your own computer. But installing them on someone else’s computer — even a computer in your own home owned by someone else, such as a teenager or spouse — can be a legal problem in many jurisdictions.  Several cases where employers have installed keyloggers on PCs and laptops issued to employees have been found legal, however.

Courts in California and Kentucky are rethinking the issue of when and how law enforcement agencies can use cell phone location data without a warrant. For example, in the California case U.S. vs. Davis, rejected the warrantless use of location data deduced from the records of a wireless carrier, reasoning that users don’t voluntarily share their location information with their provider and have a reasonable expectation in the privacy of the information.

This decision differs from previous Supreme Court decisions in other cases where the Court ruled that cell phone users have no expectation of privacy from data collected by their providers, because they voluntarily handed over that data to the provider when they used the service. U.S. Supreme Court Justice Sotomayor stated in her concurrence to the 2012 decision in United States v. Jones that she had concerns regarding the government’s seemingly unrestrained power to assemble data on U.S. citizens, and the premise that a person may harbor no reasonable expectation of privacy in information voluntarily turned over to third parties may need to be reconsidered in light of modern technology.

In a Kentucky case, the Sixth Circuit court differentiated between information that was voluntary and information that was forced. In this case, police had discovered the phone number for a pre-paid cell phone being used in drug deals, but did not know who carried the phone. Police got a court order (but not a warrant) to get the carrier to repeatedly “ping” the cell phone in order to track its real time location using the GPS data generated by the pings.  The phone eventually stopped moving along an interstate highway, and a motorhome was searched after a dog detected contraband.

Disclaimer: I am not a lawyer. The legal information posted here is drawn from published material, and should not be considered legal advice. Always consult with a licensed attorney familiar with the laws in your home state as well as cyber law.

I'm a Dallas-based marketing consultant and writer, who specializes in helping start-up technology companies grow. I write (books, articles, and blogs) about marketing, technology, and social media. This blog is about all of those -- and the funny ways in which they interesect with everyday life. It's also the place where I publish general articles on topics that interest me -- including commentary about the acting and film communities, since I have both a son and grandson who are performers.
View all posts by debmcalister →
Gallery | This entry was posted in Law and tagged cyber law, cyberlaw, law, privacy, Shawn E. Tuma. Bookmark the permalink.