Relying on the Kindness of Strangers 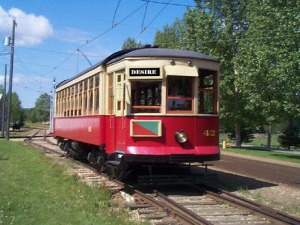 A friend of my daughter-in-law posted this on Facebook yesterday:

“Are there any people out there that you can trust anymore? People that do their best not to lie. People that don’t cheat on the ones that love them. People who are honest. People who don’t intentionally hurt you. Cause I don’t see any.”

Of course, the woman who posted that wasn’t looking in the mirror, because SHE is a person like that.  She’s a great mom, and a loyal friend, who’s trustworthy enough for my daughter-in-law (nicknamed “Mama Bear” for her protectiveness toward my grandchildren — a trait for which I am profoundly grateful) to allow her to drive them across country.  But in the midst of a bad break-up, I fear that she’s lost sight of her own best qualities, and fallen for the common misperception that people are somehow less trustworthy or less helpful than they were in the past.

“I’ve always relied on the kindness of strangers,” Blanche DuBois said (in A streetcar Named Desire).  And I have, too.

It isn’t that I’m naive, or naturally trusting.  It’s just that over and over in my life, I’ve been the beneficiary of the kindnesses of strangers and casual acquaintances.  Not once or twice, but so many times I’ve lost count.

Here’s a partial list of the people who have proved to me that there is goodness, kindness, and trustworthiness out in the world. The experiences are in no particular order — and I’m not even going to TRY to list all of the examples from my own life.

Why am I making this list?  As a way to remind myself (or anyone else who doubts it) that bad people do not outnumber the good, and that the headlines are news simply because outrageous, bad behavior remains abnormal.

I could go on.  There’s the entrepreneur who made a hand-shake deal with me for equity, and sent me a check some time later when I was sure he’d have forgotten. A contractor who showed up months after he’d finished work on my house to check to be sure he hadn’t used some bad Chinese-made materials (he hadn’t).

And I’ll always be grateful to the famous writer who paid bills for me back when I was a young, single parent, asking that I “pass the help along” someday to another writer when I could. Happily, I was able to do that earlier this year when a writer whose work I enjoy wound up in financial trouble. The writer I was able to help put up quite a battle to accepting help — although she’d have been first in line to help someone else.  The only reason she accept my help was my assurance that she was simply helping me out by allowing me to pay off my own “debt of honor”.

The real point of this story is that most people are good.  They want to help. They may not know how.  But if you give them the chance, you may be pleasantly surprised.   A lot of us are reluctant to ask for help, even when we need it.  Not me — not any longer.

I blithely ask strangers in New York City for directions, government workers in Wellington for advice, and waitresses in far away cities where I don’t speak the language for help with my food allergies (using helpful cards I asked friends to help me make).  So far, very few of them have let me down. “Please” and “thank you” are still the magic words that Captain Kangaroo told us that they were.

Sure, there are jerks in the world.  But as long as you can look in the mirror and know that you aren’t one of them, you can be pretty sure that there are more people like you than there are of the bad kind.

Photo credit:  I took this photo of the famous “streetcar named Desire” in New Orleans, Louisiana in 1999. Copyright Deb McAlister-Holland, 1999.

I'm a Dallas-based marketing consultant and writer, who specializes in helping start-up technology companies grow. I write (books, articles, and blogs) about marketing, technology, and social media. This blog is about all of those -- and the funny ways in which they interesect with everyday life. It's also the place where I publish general articles on topics that interest me -- including commentary about the acting and film communities, since I have both a son and grandson who are performers.
View all posts by debmcalister →
This entry was posted in Family. Bookmark the permalink.