Posted on August 4, 2014 by debmcalister 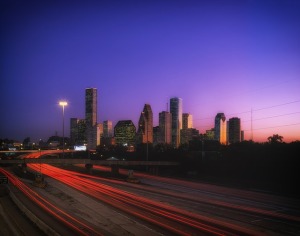 Police in Houston, Texas arrested a man for child pornography after Google turned his email and contact information over to the National Center for Missing and Exploited Children and Houston Police.

KHOU television reports that police arrested a Houston man on child pornography charges after Google spotted a sexually explicit picture of a young girl in his email, and turned him in to a not-for-profit organization which passed his identify along to Houston police.

Police told the CBS affiliate station that Google detected explicit images of a young girl in an email that the suspect was sending to a friend, the company then alerted authorities.

In Houston, Texas, the accused has rights, and will get a trial. Would the same be true in North Korea, Saudi Arabia or Yemen? What about Russia or China — or all the other places where simply reading the “wrong” website is a capital crime?

I can hear people saying that there is a difference between turning in a pedophile and getting involved in a political dispute by turning in a dissident. I don’t disagree, but there is no difference in the technology that enables both kinds of monitoring.

Once you can identify a specific kind of image attached to an email, or match a particular search string to an individual user and track that user’s online activities — which Google can and does do — the only thing stopping you from providing that information to anyone who wants it is your own moral compass.

Google has proudly proclaimed its child pornography monitoring activities, but has  refused to say whether it also searches its users’ Gmail content for other illegal activity, such as pirated content or hate speech.

Google’s Terms of Use: What It Says About Itself

The BBC report on the Houston man’s arrest contains these telling paragraphs about Google’s position on the issue of proactively identifying customers who might be breaking the law and reporting them to the authorities.

“David Drummond, the chief legal officer for Google, has previously said that Google helps to fund the Internet Watch Foundation, which is tasked with ‘proactively identifying child abuse images that Google can then remove from our search engine’.

“Google works with the IWF and the National Center for Missing and Exploited Children extensively, he said, adding: ‘We have built technology that trawls other platforms for known images of child sex abuse. We can then quickly remove them and report their existence to the authorities.’

“In April, Google updated its terms and conditions to say: ‘Our automated systems analyse your content (including emails) to provide you personally relevant product features, such as customised search results, tailored advertising, and spam and malware detection. This analysis occurs as the content is sent, received, and when it is stored.’

“This occurred after a class-action lawsuit against the company over email scanning was dismissed earlier this year. At the time, Google said that ‘a person has no legitimate expectation of privacy in information he voluntarily turns over to third parties’.”

Read that last statement from the company again.  “A person has no legitimate expectation of privacy in information he voluntarily turns over to third parties.”

The message is clear. Google is making the claim that the content of every piece of email sent on the company’s Gmail service has been voluntarily turned over to a third party (Google), and the company can and will monitor it and turn the content over to anyone it pleases — law enforcement, government agencies, divorce or insurance company lawyers, private investigators, employers, etc.

Does the company turn over anything other than suspected child pornography images? I don’t know — and neither does anyone else. Here’s what Google tells Gmail subscribers on the company’s privacy page:

“We will share personal information with companies, organizations or individuals outside of Google if we have a good-faith belief that access, use, preservation or disclosure of the information is reasonably necessary to:

–enforce applicable Terms of Service, including investigation of potential violations.

–protect against harm to the rights, property or safety of Google, our users or the public as required or permitted by law.”

That’s a pretty broad laundry list of reasons for Google to turn over the content of your email or other information collected by the company to almost anyone.

Why I Don’t Use Google Products

It’s no secret to anyone who knows me that I don’t use Google products.  I met Sergey Brin and Larry Page when I was handling marketing for the Demo conference and the two young Stanford grads were showing their new ad-supported search engine to Demo’s audience of investors, media and industry executives for the first time. I remember that they were nice, passionate young men — but one of the things they said during the pre-show rehearsal stuck with me although it was cut from the final presentation.

Brin said that eventually Google would be at the center of how “most” people used the Internet, with the ability to use its algorithms to deliver personally relevant content by monitoring “every interaction” they had with the online world. That bothered me in 1998, and it still bothers me today to the point that I don’t use Google products — not for search, not for analytics, not for social media, and certainly not for email.

There is something creepy about knowing that a company staffed by young, wealthy, pampered geeks is making decisions about the content of any individual’s search history, email, and online movements. And there’s something creepier about the media reports of how Google works with governments around the world.  In China, for example, Google users see different maps of Tibet than the ones shown elsewhere in the world — and they can’t find certain websites the government deems subversive.

China isn’t alone in telling Google to censor political content or be banned outright. Thailand, Russia, Ukraine, Pakistan, Saudi Arabia, and dozens of other countries have demanded that certain topics and websites be blocked from search results on local Google sites. Makes you proud to live in a democratic country, doesn’t it? I mean, surely nothing like that could happen in America, Canada, Europe, Australia or New Zealand, right? Wrong.

Dozens of democratic countries have entered into agreements (voluntary or forced) with Google to censor search results.  Here’s a short list of just a few from Wikipedia:

Is It Legal for Google to Turn in Users?

In a word, yes. People have filed class action suits against Google and Facebook and other online sites, claiming that their monitoring tactics violated privacy laws in the U.S., European Union and Canada. The result has been a series of rulings that spell out the language that the websites must put into their terms of use and end-user licenses in order to avoid violations.

So when you sign up for a “freemail” account, a social media account, or any other online site, the likelihood that you’re giving up any expectation of privacy is approaching 100%.  Is it worth it to give up any remaining shreds of privacy in order to get access to Google and its products?  Obviously 425 million Gmail customers think it is — and so do millions of Google, YouTube, Android, and Chrome users. I’m just not one of them.

If you use Google, Facebook, or any other online service — including Cloud storage sites like Dropbox, Hightail, Box.com, Amazon.com, etc. — don’t assume that the information you store there is private.

Photo credit: The images used in this blog post, of Houston’s downtown at sunset and the Google search icon, originated on Pixabay, and we used under Pixabay’s Creative Commons License. All rights remain with their creators.

I'm a Dallas-based marketing consultant and writer, who specializes in helping start-up technology companies grow. I write (books, articles, and blogs) about marketing, technology, and social media. This blog is about all of those -- and the funny ways in which they interesect with everyday life. It's also the place where I publish general articles on topics that interest me -- including commentary about the acting and film communities, since I have both a son and grandson who are performers.
View all posts by debmcalister →
Gallery | This entry was posted in Law, Social Media and tagged Gmail terms of use, Gmail user arrested after Google turns him in, Google, Google privacy policy, Google turns in Gmail user, Houston arrest Gmail user. Bookmark the permalink.