Posted on September 2, 2017 by debmcalister

(This is the second in a series of articles on social media basics, legal issues, online safety, and building a social media following for child actors and their parents. Disclaimer: I am not a lawyer; the information here has been reviewed by  my attorney, but you should seek your own legal counsel before relying on anything here in case I made a mistake in transcribing the information after discussing it with my lawyer. See the rest of this disclaimer at the top of the first post in this series.)

There are three legal issues that the parents of child actors need to keep in mind as you build your child’s social media following. They are copyright issues, contract law issues, and questions about libel, slander and related issues.

Copyright law in the U.S. is relatively simple. Once something is created in a fixed form, it belongs to its creator. That means that the photo taken during a photo shoot belongs to the photographer or the person who hired the photographer if he or she signed a contract transferring ownership. It does NOT belong to the person being photographed. Ditto for an article in a newspaper, magazine, or blog, or to a video clip of celebrities at a red carpet event, on set, or just walking down the street. The creator (the photographer or writer) owns it — even if it’s about your child.

Even if you are the subject of a photograph or article, you can’t post it online without the permission of the copyright holder. It’s an expensive lesson to learn, as reality TV star Khloe Kardashian learned recently.

Learning this can be an expensive lesson, as reality TV star Khloe Kardashian learned earlier this year when she reposted photos of herself taken by a freelance photographer. Copyright infringement carries automatic treble damages — that means if you are found guilty, you own three times the value of the photograph.  Since the photographer had been offered over $25,000 for the photos of Ms. Kardashian, a guilty verdict in this case would have seen her pay $75K plus attorney’s fees — for photos of herself.

Here are the ways that the parents of child actors typically get in trouble around copyright issues:

The rule of thumb is: if you didn’t purchase the rights to publish it, didn’t take it yourself, or didn’t secure a Creative Commons or other license to use it, don’t publish it online. Sites like Flickr, Photobucket, and Pixabay often publish photos (including photos of actors and screenshots from film) under a Creative Commons license that lets you download the photo and reuse it with a link back to the photographer’s page on that site. But not all photos on those sites are available under a Creative Commons license, so check each time you use such a photo.

Even if a photographer posts an image online with a Creative Commons license, you could be violating a contract you signed on behalf of your child if you repost it. So make sure you aren’t buying trouble before you post anything.

An article (online or in print), YouTube video or other video, or radio program about your child actor doesn’t belong to you. It belongs to its creator, and whoever they assigned rights to. You can (almost always) link to the article’s home page, but you can’t repost the entire article or embed or repost the video without permission. Yes, most YouTube videos have a “share” button, and you can use it — but if they ask you to take it down, you need to do so immediately even if there was a share button.

Don’t forget that you signed some kind of legal document when your child showed up to work on the first day. 99.9% of these contain clauses that restrict your right to post on social media, talk to the press, or share information about the project without the written consent of the production company or studio. So just because you took a photo of your child with a celebrity on the set of a project they worked on might not mean you can post it. Photos of celebrities are fair game if they are in a public place — but a “closed film set” isn’t a public place.

Crew members and background actors probably aren’t public figures, nor are the police officers working security. You can’t post pictures of identifiable people who are not public figures without their permission unless they are in a public place, and a film set may not be a public place.

Even if you have the legal right to publish a photo or video, you may still be contractually prohibited from doing so. Of course, you want to protect your own copyrights as well, by watermarking photos you take and post online, or by registering your copyright to any especially valuable images or written works you create.

I got specific, written permission to take and `post this photo of my 16-year-old actor Kameron Badgers (in the yellow shirt) on the set of FreeLane Films’ new movie Beyond the Bridge, currently in post production. I also secured verbal permission from actor Elijah Britton (standing behind Kameron) and the identifiable crew members to take the photo. You need to do the same before posting any on-set photos, screen shots, or photos of your child/teen actor in costume for any project. Note that your contract specifies WHO can authorize such pictures — in this case, it was producer Ramon Malpica, so that’s who I asked.

Legacy Casting is one of the largest casting groups in the Southwest. Casting director Andre Constantinescu told attendees at a workshop the company hosted last year that “The fastest way onto my ‘Do Not Hire‘ list is posting set photos without permission.”

That’s because nearly every contract includes specific rules on taking and sharing on-set photos. Just because you got permission from another actor, AD (assistant director), or on-set crew member doesn’t mean you can post it. The people on set are unlikely to have the authority to waive the terms of the contract you signed.

READ what you sign or assume you can’t post any information about what happened on set. Usually (but not always) the prohibition expires when the film premieres, or the TV episode airs. Still, check your contract to be sure.

(By the way, the second easiest way to get onto Andre’s “do not hire list” is verbal abuse of a crew member or fellow actor, or bad manners or behavior on set. Most parents of child actors already know this, but if you’re new to the business, I can’t overstate how important good manners are for a working actor.)

Here’s a fairly common paragraph I’ve seen in a number of TV and film contracts from major studios.  “All provisions concerning the Content, the Program, and the potential inclusion of my Appearance in the Program shall be kept strictly confidential by me and my representatives. Neither I nor my representatives shall issue any press releases or public statements in any medium about this Appearance Release, the Program, and/or Producer without Producer’s prior written permission. Still and video photographs taken on set are strictly forbidden and may not be released at any time without the prior written permission of the Producer.”

Here’s what it means in layman’s language:

Will a major studio come after an actor with a bit part who violates these rules? Probably not — but you never know. If what you post goes viral and gives away a critical detail the producers wanted to keep hidden, they may be more than willing to sue for damages. Even is that doesn’t happen, who wants to get added to a (confidential) do not hire list?

You will want to protect your child actor’s rights to photos of themselves or their work as an actor, by signing contracts that sell or assign only certain rights. So learning to read and understand contracts is a must for the parent of any child actor — your agent will help, and hiring a lawyer before you sign a contract isn’t a bad idea either. Big studios like Disney won’t budge on contract provisions because they know there are 100 talented, qualified kids lined up for every job they offer, but while your child is a beginner doing student films, low-budget indie films and the like, you need to make sure you aren’t signing away rights you’ll regret later. 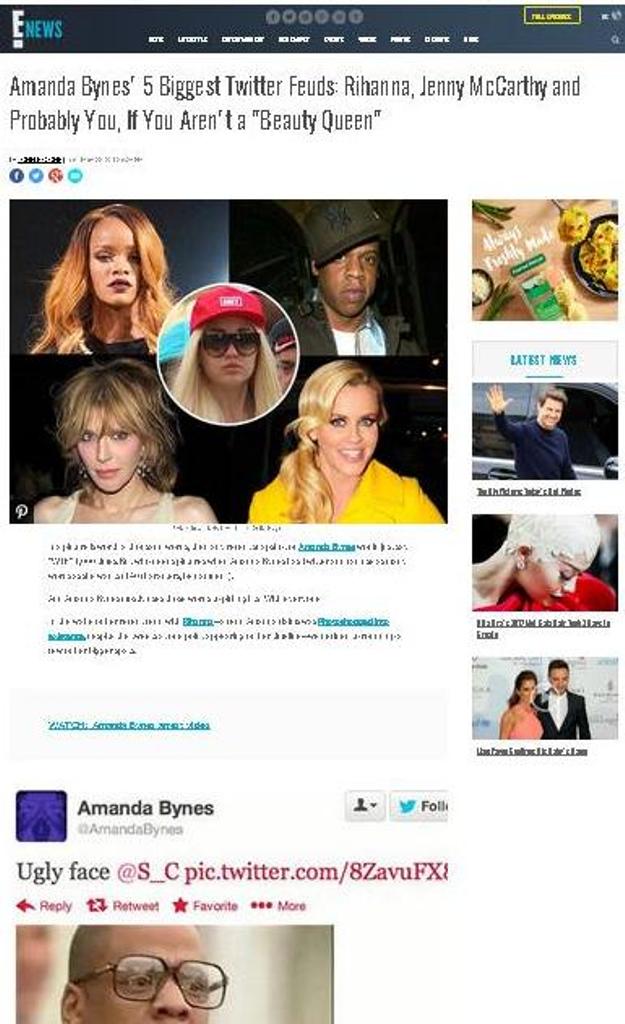 Amanda Bynes was well on her way to the Hollywood “A” List until mental illness and a series of nasty and all too public online “feuds” scuttled her career and gave a judge reason to award damages to at least one victim — and place her in an involuntary psychiatric hospital stay.

Online “feuds” are an everyday occurrence. Usually, they don’t escalate beyond some catty words. But if your child is a budding actor, such an online feud can do more than make it harder for them to get cast. They can hit you in your pocketbook, as the “responsible adult”, or they can result in a libel or cyberbullying judgement that can cost your child actor dearly. Some states even put teens in jail or a juvenile facility for online bullying.

It’s not easy to sue someone successfully for libel or defamation, but celebrities — and aspiring celebrities — have a target painted on their backs when it comes to what they say online. Where an “ordinary” middle or high school kid might get away with a lecture or a school suspension, a child or teen actor might find themselves the subject of a viral social media meme, or even wind up in court for engaging in online name calling or feuds.

There’s an old saying that there’s no such thing as bad publicity, and actress Mae West’s famous quote “I don’t care what they say about me as long as they spell my name right.” That may have been true when today’s newspaper was tomorrow’s garbage liner, but I don’t believe it’s true in the age where Google never forgets.

So learn the basics of libel, cyberbullying, and the more esoteric term tortious interference (it means encouraging someone not to do business with someone else), and make sure your child actor doesn’t do it online.