I know that a lot of women feel as if they have a circus in town this week, as families gather from far and wide for the holiday.  But this year, our family is very excited to have a real circus in town:  Cirque Banquisté.

Our resident 11-year-old Kameron Badgers fully intends to run away and join the circus — and he’s well on his way to making that happen, performing with the Lone Star Circus School’s student troupe, as well as at local street fairs and festivals.

That’s how it happens that our family is spending a good part of our Christmas break with a circus this year. The Lone Star Circus Arts Center is the non-profit organization behind the Lone Star Circus School where Kameron takes classes three times a week, and their major annual fund-raiser is Cirque Banquisté. 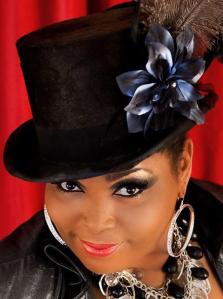 It’s always an amazing show, bringing in some of the best circus performers from around the world, and showcasing some amazing local talent. This year, I was on the email list of possible volunteers to help with the circus, and I got as excited as my grandson about the chance. It starts today, when I pick up one of the performers at the airport and take her (and her props) to the hotel.

Later this week, there are more airport pick-ups, lunch deliveries, and back-stage help.  And, of course, there are the shows:  8 of them, spread over six days, at Dallas Children’s Theater (The Rosewood Center for the Performing Arts), starting on December 27 and running through New Year’s Day. 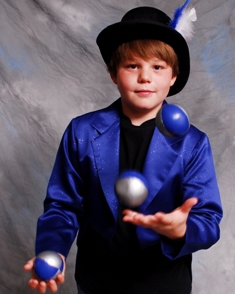 Kameron is participating in some of the pre-show student showcases, juggling on his rola bola in the theatre lobby before the international performers take the main stage. This year’s line-up is truly outstanding — if you’re looking for an affordable way to spend some quality time with the family, this is it, and some tickets are still available.  (We sold out every performance last year!)

Featured performers will include the colorful canine antics of the Cartoon Poodles, Ricardo Sosa’s hand-balancing, Gena Cristiani’s mesmerizing juggling (it’s nothing like anyone you’ve seen before!), Matt Richardson’s spins (you have to see this one — I can’t describe it!), the amazing acrobatics of The Laurino Brothers, Kirill Rebkovets mind-boggling rola-bola balancing, the striking aerial choreography of Simone Lazar, and the zany comedy of the international ambassador of Giggleland, Mr. Gordoon. (The things Gordoon does with toilet paper will have you laughing out loud, I promise.)

One of the things I’m most looking forward to is getting to see Dick Monday and Tiffany Riley and their talented kids Chet and Lily. Better known as Slappy and Monday, these local clowns are the reason that I am raising a circus-obsessed 11-year-old. He attended a one-week day camp that Slappy runs every summer, and they convinced a shy, uncertain little boy that he was good at something. He believed them — and now he truly is a rising star. 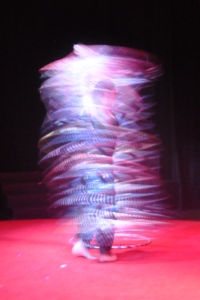 Kameron is terribly excited that the teenager he thinks is the most beautiful girl in the world, Jesse Patterson, is making her professional debut in the show this year. Last year, Kameron and Jesse often performed together at street fairs, and they were both part of last year’s pre-show. But Jesse’s hard work and talent has paid off, and she’s moved from the student troupe to the professional company. In fact, Fanny Kerwich (founder and executive director of the Lone Star Circus) says that Jesse is already one of the best hula hoop artists in the world and will be the very best before long. Fanny should know, since she’s toured the world for almost 30 years with her own hula hoop act.

Tickets for the show start at just $20 — and children up to age 16 can get in on a kid’s ticket. If you come, come a few minutes early and say hi to Kameron and me in the lobby. He’ll be performing, I’ll be lugging props. It will be the best value family entertainment you can find this year, I promise.  And it’s for a good cause, too!  Get your tickets at www.lonestarcircus.com — and use code LSC for a discount when you call or order online.

By the way, if you have always wanted to run away and join the circus — or you have a child who would like to learn circus skills — the classes taught by the Lone Star Circus school are open to children and adults of all ages.  No special skills are required, and they’re very affordable, starting at about $15 per class.  Classes start right after New Year’s, so check out the class schedule here. 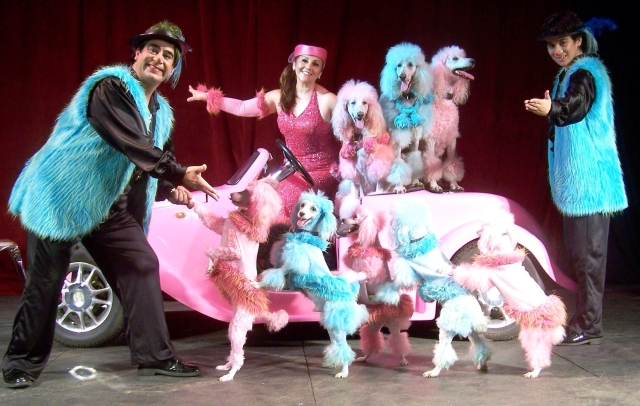 I'm a Dallas-based marketing consultant and writer, who specializes in helping start-up technology companies grow. I write (books, articles, and blogs) about marketing, technology, and social media. This blog is about all of those -- and the funny ways in which they interesect with everyday life. It's also the place where I publish general articles on topics that interest me -- including commentary about the acting and film communities, since I have both a son and grandson who are performers.
View all posts by debmcalister →
This entry was posted in Acting & Circus and tagged Cirque Banquiste, Dallas Children's Theatre, Deb McAlister-Holland, Kameron Badgers, Lone Star Circus, Slappy and Monday. Bookmark the permalink.