Who Works for Free? Too Many People! 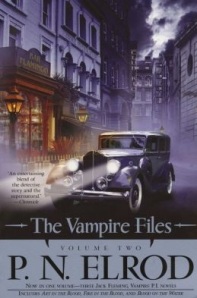 Popular urban fantasy author P.N. Elrod is one of many talented writers earning less than they should from published works with a huge fan base.

My in-box is bursting with “job offers”. Well, at least “offers” for me or my 11-year-old to perform work. Here’s a list of the “offers” from just one week:

Sure, it’s nice that people like the work that Kameron and I have done. Everybody likes to be noticed.  But we also like getting paid for our work. We’re lucky — neither our 11-year-old actor & circus performer or my husband and I will go hungry if we don’t get paid for what we do. But that doesn’t mean we don’t deserve compensation for our efforts.

Both of us volunteer frequently and often. I’m happy to help start-ups by “paying forward” the mentoring and help I got.  But “paying it forward” doesn’t apply to Fortune 500 companies. Yet I last year I had to explain to a vice president at a “name you’d know” company that her social media manager had no right to re-post an article I’d written on their website, and that the company would see me in court if they did not pay the invoice I sent them when I spotted the infringing copy. They paid.

A photo from my grandson’s blog showed up in a piece of marketing collateral for a large toy company. That company claimed that since the photograph was of their product (which I’d purchased at retail), they could reuse it without payment. U.S. copyright law (which covered my photo) as well as the right to publicity  (my grandson’s and my family’s, since I shot the photo inside our home) say otherwise. Confronted with the facts, they invoked their “safe harbor” rights under the DMCA and pulled the photo rather than pay for its use.

Writing Pays Less Now than in 1970

In 1970, the advance for my first book was $5,000 (about one-third of the cost of a new house in Dallas, Texas that year). In 2012, the publisher who bought that very first title from me offered a $3,500 advance for a similar book.  The same publisher had purchased a total of 15 titles from me between 1970 and 1990, with the lowest-selling title earning back its advance in less than 30 days and selling about 22,000 copies over its life. My average sale for that company was 60,000 copies. (For perspective, you can get onto Amazon.com’s “best seller” list today by selling about 4,000 copies. So while my sales aren’t stellar, they fall into the “acceptable” range for the publisher.)

Today, magazines pay between 1 and 3 cents per word — if they pay by the word. Writers earned a penny per word in the 1940’s and 1950’s.  Can you think of another profession where salaries are the same as they were sixty years ago? Still, 3 cents per word would at least guarantee some payment. A lot of publications have payment schemes that can result in a writer earning nothing at all for their work.

Forbes.com, like many other digital publications, pays writers on its online site per “impression” after a minimum of about 20,000 impressions per month. (Forbes pays 1/10th cent per impression and 10 cents per repeat visitor, according to the most recent payment statement I have seen.) One of my articles on that site (a guest post for a friend) Who Owns Your LinkedIn Profile? (Hint: It might not be you) got 98,262 “impressions”.  The final payment on that piece after the convoluted mathematics worked out to less than a penny per word.

Another friend is a well known technology journalist.  He lost his full-time staff job at a national magazine two years ago, and has been freelancing since — for the same publication and others. When I showed him the calculation above for my guest post on Forbes, he said it was “more profitable than most” things he published last year.

“I have to publish 5-7 original pieces of content per week — and market the heck out of them myself to drive traffic to the sites where they are published — to keep my head above water.  It’s exhausting — I put in more hours than I did working full time, and I earn a lot less.”

How much less? He was making $80K per year at his last job. In his first year as a freelancer, he earned $78K — but after paying the employer portion of the social security and income tax withholding, the self-employment tax, and the higher health insurance premiums — his take home pay dropped by more than half.  And, of course, he has no paid holidays or vacation, no matching 401K, and has to assume the cost of travel (to conferences, events), research, an Internet and telephone connection, and the personal liability that goes along with publishing copy that no one else has edited for errors or omissions.

Publishers are also demanding more rights for less money. I used to sell “First North American Serial rights” to articles — that means the magazine had the right to print it first, but I could resell it later. Now magazine publishers are demanding “all rights” — so they can resell it later, publish it in multiple forms (digitally and in print), and in multiple languages.

One of my all-time favorite authors, science fiction great C.J. Cherryh has posted about the shrinking advances and “rights creep” on her blog and on Facebook, as have many other writers.

SFWA (the Science Fiction Writers of America) has recently listed two imprints of Random House (Hydra and Alibi) as “non-qualifying” publishing outlets due to contracts which don’t pay advances and shift to writers most of the costs previously born by publishers. (A non-qualifying publishing outlet is just what it means: publishing with them doesn’t meet the minimum requirement for membership in the professional association, and members are urged to refrain from doing business with the company due to its policies.)

But the sad truth is that where writers once sacrificed and struggled until they got their break, we now have an underclass of talented, widely published, popular writers out there. The amazing P.N. Elrod, whose Vampire File novels are best sellers in several countries, not only has a “day job”, she’s taken to selling (gorgeous) hand-made Dr. Who items to raise money for vet bills for her ailing canine companion.

She’s not alone. There are exceptions out there like James Patterson, J.K. Rowling, and celebrity authors who were famous before they sat down to write. But far too many writers with popular books and legions of fans earn so little that they qualify for public assistance.

Don’t believe me? Check out this “numbers crunching” article with some sobering facts, or the story of the Amazon.com best-seller that earned “nothing” for its author.

Is is Our Fault?

I am not going to blame the victims here, but I have to ask if I have contributed to the problem. Sadly, I think I have.  I started this blog because my publisher said that someone who was publishing a book about social media needed a blog.

I never intended to monetize it, so when other blogs asked to reprint content from this site, I was happy to say yes.  Once I allowed some sites to republish content, I made it harder to justify saying no to other sites.

As for my grandson, like all beginning actors and performers, he needed a “performance reel” — high-quality videos of him performing. So we agreed to several free or practically free acting gigs on the promise of getting video footage he could use for his demo reel.  Six months in, he has four “free” or unpaid credits…and not a single second of video for his reel because the “producers” or directors who promised it have a myriad of excuses for not providing it as promised.

Having reached the conclusion that I have been at least partly to blame the status of my in-box, I have decided to stop contributing to the problem. There will be no more free articles from me — and no more looking the other way when someone picks up content from this blog or any of the others I control.

This year, Kameron’s performances will be booked by his agent, and I’ll be billing for consulting services. That should clear out the inbox!

I'm a Dallas-based marketing consultant and writer, who specializes in helping start-up technology companies grow. I write (books, articles, and blogs) about marketing, technology, and social media. This blog is about all of those -- and the funny ways in which they interesect with everyday life. It's also the place where I publish general articles on topics that interest me -- including commentary about the acting and film communities, since I have both a son and grandson who are performers.
View all posts by debmcalister →
This entry was posted in Family and tagged book advances, CJ Cherryh, Deb McAlister-Holland, P.N. Elrod, reblogging, SFWA, what writers get paid. Bookmark the permalink.

1 Response to Who Works for Free? Too Many People!