Businesses, elected officials, government agencies, and lawyers file SLAPP suits against people who are doing something they don’t like. The acronym stands for “Strategic Lawsuit Against Public Participation”, and started as a name for the suits that elected officials and political candidates were using to try to stop people from online postings (blogs, comments on forums, and so on) that injured the politician’s carefully groomed public image without actually doing anything that was illegal.

Businesses who were the subject of negative reviews on sites like Yelp and Ripoff.com soon followed the trend. So did copyright trolls who wanted to sue the owners of IP addresses using sites like like BitTorrent. The trolls use them to discourage those they sued from posting the cease-and-desist letters they received from lawyers who offered to “settle” a case for a high fee — while all but admitting that they didn’t have the evidence they needed to win in court. (A copyright troll differs from real authors or musicians who want to block people from stealing their content. Trolls create nothing, and only a troll uses the threat of an unwinnable lawsuit to extort people into “settling”. Real copyright owners have winnable cases, since there is no defense against copyright infringement.)

Unfortunately, whether it’s a winnable case or not, it can be costly to defend yourself when you’re hit with a SLAPP suit. A political activist in West Orange, New Jersey, however, found an attorney with a great sense of humor to represent him pro bono (without cost). This is the best Anti-SLAPP letter ever written by a lawyer! If only more of us had access to attorneys like this one.

Hats off to Stephen B. Kaplitt!  Here’s a link to the original post: 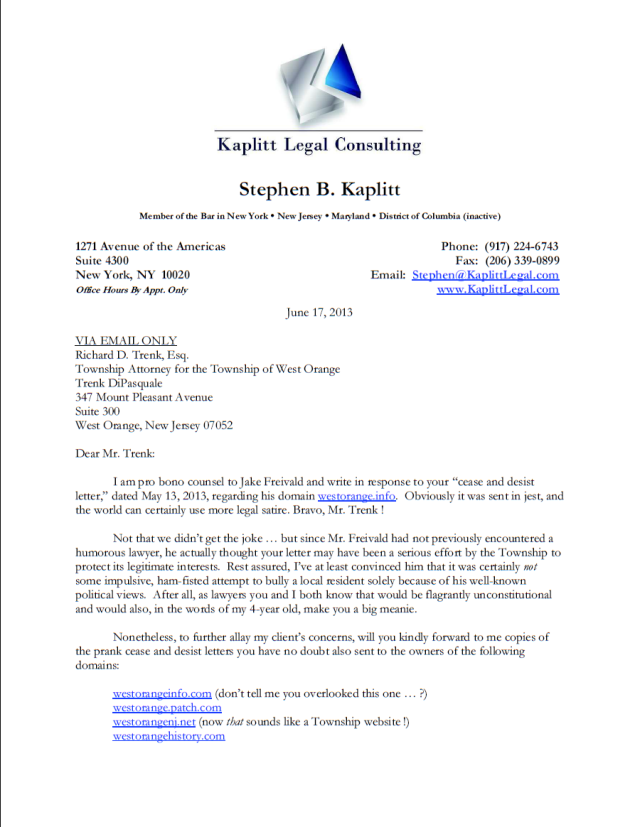 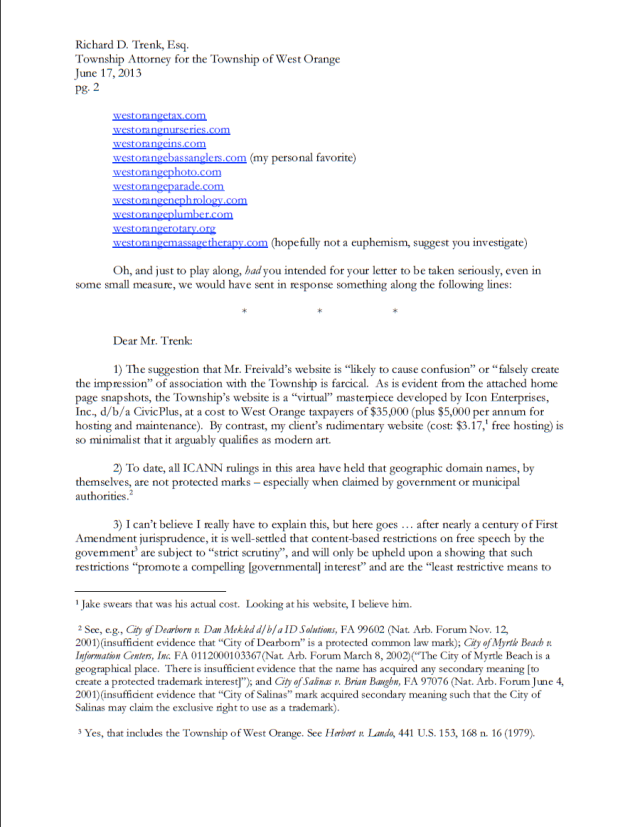 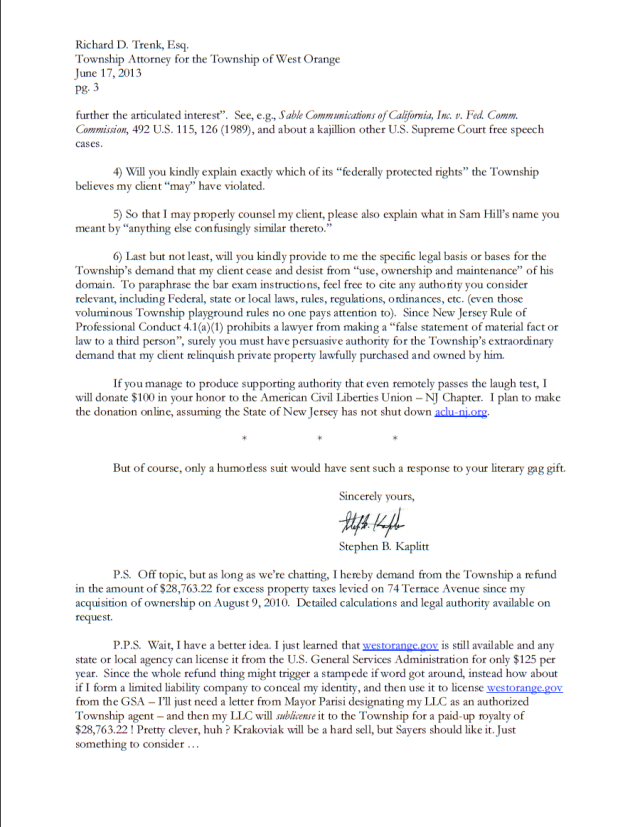 Here are some links to previous posts on the subject how to handle a SLAPP suit if you get one — and can’t find an attorney like Mr. Kaplitt.

If you receive what looks like a SLAPP letter from a lawyer, don’t ignore it — not every case that seems like a SLAPP suit is unwinnable.  Start your research on how to respond with the First Amendment Project’s Anti-SLAPP page.

I'm a Dallas-based marketing consultant and writer, who specializes in helping start-up technology companies grow. I write (books, articles, and blogs) about marketing, technology, and social media. This blog is about all of those -- and the funny ways in which they interesect with everyday life. It's also the place where I publish general articles on topics that interest me -- including commentary about the acting and film communities, since I have both a son and grandson who are performers.
View all posts by debmcalister →
This entry was posted in Law and tagged cease and desist letter, Copyright, Deb McAlister-Holland, frivolous lawsuits, SLAPP, SLAPP suit, Stephen B. Kaplitt, West Orange NJ. Bookmark the permalink.