Thinking of Snooping on Your Beloved’s Phone? Judge Says Don’t 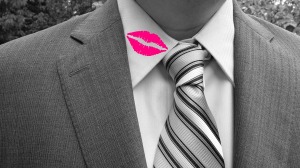 So you think your significant other might be cheating. Even so, an appeals court judge warns that you can’t snoop on a cell phone, social media account, or computer that they consider personal property.

If we’re being honest, most of us have been at least tempted to take a peek when our spouse or significant other leaves their phone, unlocked, just sitting there. And more than a few of us have gone beyond temptation, and actually read a partner’s messages without their knowledge.

In a 2013 study conducted in the United Kingdom and reported in The Telegraph, 34% of women and 62% of men admitted to secretly reading texts and emails on a partner’s cell phone.

But according to Shawn Tuma, a business lawyer with an internationally recognized reputation in cybersecurity, computer fraud and data privacy law, a recent decision by the Dallas Court of Appeals might give you a new reason to think twice before snooping.

Tuma says that the Court’s “fact-intensive” approach to analyzing this last issue is very important because in this case, both spouses agreed that the phone belonged to one spouse who used it on a daily basis. “It was the only way to reach her, she had the right to place a password on the phone, and had at various times restricted access to it by the password, and the other spouse accessed the phone at night when she was asleep and not using it,” Tuma said. So the evidence showed she had a greater right to possession of the phone.

The well-known cyber lawyer added this caveat to his post on the subject, and it’s important. “I have not thoroughly researched this issue as it pertains to family law cases, however, in my past research on other issues, when I have seen family law cases dealing with ‘unauthorized access’ issues nationwide, the way the Dallas Court of Appeals handled it is the prevailing view — but only when the device is clearly used by only one spouse or the other — this is definitely not the case in instances of things such as family computers, jointly used devices, etc.,” Tuma added.

The lawyer, who once successfully defended reality TV star Jon Gosselin in a computer fraud case filed by his ex-wife Kate Gosselin, went on to say that the Court’s ruling applies only in cases where the device is treated as being only one spouse’s or the others, despite the technicality that it may be “community property.” In cases where devices are shared, the prevailing view is that both have a right to access the device.

Tuma added, “Now, where this gets trickier is in a situation where you may have a family computer, that is jointly used by both spouses, but one spouse then uses that family computer device (which is proper) to surreptitiously access an online account such as Facebook, Gmail, etc. that is exclusively the other spouses, because such accounts are considered to be separate computers within these laws, which depending upon how the access was gained, would be prohibited by these laws.”

I'm a Dallas-based marketing consultant and writer, who specializes in helping start-up technology companies grow. I write (books, articles, and blogs) about marketing, technology, and social media. This blog is about all of those -- and the funny ways in which they interesect with everyday life. It's also the place where I publish general articles on topics that interest me -- including commentary about the acting and film communities, since I have both a son and grandson who are performers.
View all posts by debmcalister →
Gallery | This entry was posted in Family, Law, Social Media and tagged can I get in trouble for reading texts on my boyfriend's cell phone, can I get in trouble for reading texts on my girlfriend's cell phone, is it ok to read partner's texts or emails?, privacy, privacy law, Shawn Tuma, snooping on partner's cell phone, unauthorized access to your spouse's cell phone. Bookmark the permalink.

3 Responses to Thinking of Snooping on Your Beloved’s Phone? Judge Says Don’t