The Six Strikes Plan That Could Shut Down Your Business 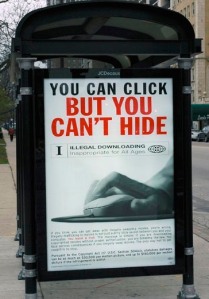 A consortium of entertainment copyright holders called The Center for Copyright Information has launched something called the “six strikes plan” that has the potential to shutter unsuspecting businesses by cutting off their Internet access.  Here’s how it works:

What are “mitigation actions”?  It could be reducing available bandwidth, blocking access from your IP address to sites alleged to host such content (like Google, YouTube, or Twitter), or cutting off your Internet access.  Here’s the FAQ published by the consortium to explain what it means by “mitigation actions”.  Perfectly clear?  I didn’t think so, either.

PC World’s Bruce Gain wrote an article this week that outlines the steps businesses should take to protect themselves.  One of his suggestions?  Limit access to free WiFi because under the “six strikes” plan, businesses that offer customers free Wi-Fi service can only claim that a customer and not the business owner illegally shared or accessed copyright-protected content one time.

“Acceptable Use” policies aren’t addressed in the PC World article, but iff your business doesn’t have a policy that prohibits employees from downloading or sharing copyright information on your company network, now’s the time to put one in place and begin training employees on the very real consequences of winding up in the RIAA’s crosshairs.

The other thing that isn’t clear yet is exactly how a small business — one without dedicated IT staff and network sniffers and monitors — are supposed to figure out exactly WHO downloaded something illegally over a shared ISP connection.   Even if they accept that the IP address wasn’t hijacked or hacked (not at all assured in a small business environment unless they use a really good firewall or security package like Zone Alarm instead of the common freeware tools), when the notice arrives all they know is that someone is alleged to have done something wrong using a device connected to their IP address.

In the case of a small business with a single, shared IP address — common in small service businesses — they don’t know who actually did it.  And they certainly don’t know if the person who did it actually violated someone’s copyright or not — just that the movie or record company claims that they did so.

For most small businesses, the six strikes plan is going to turn into something like the red light camera system.  You get a notice, realize that it will cost more to contest the ticket than to pay it, and pay up.

To me, the worst part of the deal brokered by Gov. Andrew Cuomo of New York between the ISP’s and the entertainment giants is the fact that it allows a range of “mitigation” strategies — including narrowing available bandwidth — but doesn’t provide a business (or individual) a way to protest and stop the “mitigation” while they attempt to prove their innocence.  It’s “you’re guilty because the record company says you’re guilty — unless you can PROVE your IP address was hijacked.”

Doing that is nearly impossible, of course.  It’s the most un-American example of how an American law — the Digital Millenium Copyright Act — gets perverted by the big-money political wheeling and dealing that takes place in private, away from the prying eyes of the citizens affected by it.  If you agree, follow the instructions in the last paragraph of Bruce Gains’s article in PC World  and contact your elected representatives soon.

Photographer Seth Anderson published this photo of one of the RIAA’s bus shelter signs under a Creative Commons license on Flickr.

I'm a Dallas-based marketing consultant and writer, who specializes in helping start-up technology companies grow. I write (books, articles, and blogs) about marketing, technology, and social media. This blog is about all of those -- and the funny ways in which they interesect with everyday life. It's also the place where I publish general articles on topics that interest me -- including commentary about the acting and film communities, since I have both a son and grandson who are performers.
View all posts by debmcalister →
This entry was posted in Uncategorized and tagged Compliance, Copyright, copyright infringement, copyright protection, copyright troll, Deb McAlister, illegal download, ISP, RIAA, social media. Bookmark the permalink.