Can You Trust Online Reviews? Sometimes

Posted on August 2, 2016 by debmcalister 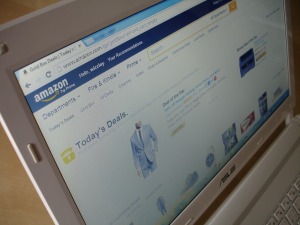 The Journal of Consumer Research analyzed 344,157 Amazon ratings of 1,272 products in 120 product categories, and found “a substantial disconnect” between objective information and the extent to which consumers trust them. In other words, the article says that people don’t read the whole review — they just look at the number of stars and give them much more credence than they deserve.

Over 100 million reviews have been posted on Yelp. Some of them, no doubt, are extremely accurate. Some are slightly biased. And some are downright fantasy.

At least that’s what the New York Times says in an article. If that surprises anyone, the surprised individual must have been hiding under a rock for the last few years because the reliability of online reviews has become one of the hot button issues in American business.

Anyone can post a review online, and that review tells others where to eat dinner and what to order there, where to go on vacation and what doctor to call.  But according to the Times, “If reviews are ubiquitous, there are also persistent controversies over how many of the reviews on the internet were bought by the subject rather than written as finely reasoned opinions from a neutral party, and whether that distorts all results.

“In May, Yelp issued 59 new Consumer Alerts, which are notices it puts on a business’s page that it has been caught trying to pay for better reviews. Among those cited were a Beverly Hills plastic surgeon and an emergency room in Humble, Tex. Lifehacker.com recently took on Rotten Tomatoes and Metacritic, arguing their way of compiling reviews was “fundamentally flawed.” FiveThirtyEight.com reported that “men are sabotaging the online reviews of TV shows aimed at women.” (Why? Because they can.)”

Some sites like Amazon.com encourage users to post reviews by sending emails to previous purchasers suggesting that they post a review to answer a question posted by a potential buyer. The importance of these reviews can’t be overstated to someone selling goods on Amazon. A friend who self-publishes novels on the site says that a 1 or 2 star review can cripple sales of a book, while every four or five star review is worth at least 100 sales.

Businesses often feel helpless when it comes to the negative reviews — and consumers often feel as if the online review is the last hope of fair treatment or fair pricing.

The Problem With Online Reviews

According to the MITSloan Review,  studies show that online ratings are one of the most trusted sources of consumer confidence in e-commerce decisions. But the article says that recent research suggests that they are systematically biased and easily manipulated.  One of the ways that reviews are manipulated is what the researchers at the business school call our herd instinct.

You go to a site like Yelp, ready to post your review. And there you see a host of other reviews — positive or negative. And suddenly your own confidence in your rating starts to waver, and social scientists say that a high percentage of users will unconsciously adjust their ratings up or down in order to align their review with earlier reviews that have already been posted.

So users who unconsciously shift their reviews to better “fit in” with other reviews that have already been posted are one reason that reviews can’t always be trusted. But the biggest problem with online reviews, according to Time Magazine is that it’s nearly impossible to spot reviews that are bought and paid for. Both Google and Yelp have policies that ban companies from buying reviews, and Yelp actively discourages businesses from asking for reviews — but glowing, and completely fake reviews posted for cash remain a problem.

Then there’s the issue of competitors, former employees, or trolls who post negative reviews in order to trash the reputation of a business or individual. A study of more than half a million hotel reviews conducted by the graduate business schools at USC, Yale, Dartmouth and the Hebrew University of Jerusalem concluded that on sites like Trip Advisor and Yelp, where users do not have to prove that they are actual customers, have a high percentage of both positive and negative fake reviews.

According to study co-authors Judith A. Chevalier, Dina Mayzlin and Yaniv Dover, there is a significant difference in the average ratings of the same business on sites like Expedia — where reviewers must have actually stayed in the hotel they are reviewing, and have booked and paid for the stay through Expedia as proof of their stay — compared to reviews on Trip Advisor and Yelp. “Not only do properties tend to have higher ratings on the sites that don’t require proof of a stay, but properties close to the hotels that appear to have inflated ratings tend to have many  more negative reviews on the sites that make no attempt to verify a reviewer’s purchase.”

Nicole and Matthew Vondra found out about that problem the hard way after Nicole blasted an Iowa homebuilder in a Google review and on a Better Business Bureau site. Greenland Homes sued the couple in July. Iowa does not have a so-called “right to Yelp” law that protects consumers from contracts that take away their right to post criticisms online. In the Vondra case, the homebuilder says that because the couple never closed on a home, they “cannot speak to the company’s customer service, as they were never customers.”

Lawsuits against consumers who post negative online comments are among the fastest growing kind of litigation in the U.S.  They are becoming so common that law firms are starting to build cyberlaw departments and divisions that specialize in them. (This is separate from the growing legal specialty in litigation relating to data breaches and data security litigation.)

Photo credit: The Amazon.com screen shot was offered on Pixabay under a Creative Commons License for editorial use.

I'm a Dallas-based marketing consultant and writer, who specializes in helping start-up technology companies grow. I write (books, articles, and blogs) about marketing, technology, and social media. This blog is about all of those -- and the funny ways in which they interesect with everyday life. It's also the place where I publish general articles on topics that interest me -- including commentary about the acting and film communities, since I have both a son and grandson who are performers.
View all posts by debmcalister →
This entry was posted in Law, Management & Entrepreneurship and tagged blogging law, can you get sued for a negative online review, customer service, free speech, reputation management, social media marketing, sued for online review, Yelp. Bookmark the permalink.