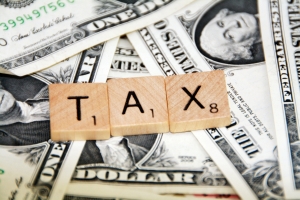 I’ve been busy lately writing for other blogs published by clients, and I’ve been neglecting this one.  But it occurs to me that some of the stuff I’ve been writing elsewhere might be of interest to those who read this blog, too.

That isn’t usually the case, and this is the first time I’ve posted content written for a client here, but these recent posts are relevant, I think, so here goes.

We all make them, but some are worse than others. For instance, posting the wrong price on Twitter or Pinterest can mean you are legally bound to honor that price — just the same as if you’d advertised it incorrectly in the newspaper. More often, however, an embarrassing typo in social media causes an embarrassing round of digital laughter on sites like Reddit — all of it at the poster’s expense.

So check out the list of five ways to recover from a social media typo that were included in the MyPRGenie blog post.

Why Freelancers Fear the IRS

When I worked for Franson & Associates, a big Silicon Valley PR firm back in the 1980’s, our offices were on the second floor of a building on First Street, not far from the San Jose Airport. My office was directly over the conference room and break room for the criminal investigation division of the regional IRS office.

You could see the handcuffed business people and taxpayers coming in and out of the office sometimes. But in my office, what you heard was laughter. Those men and women of the IRS had so much fun, that every day was a laugh riot. Loud enough to come up through the ventilation system, over the airplanes and the monorail noise from outside.  But the funny thing was, only the workers were laughing. None of the people who went in and out of the IRS offices (in handcuffs or just clutching their files as if they were a lifeline) were even smiling, let alone laughing.

So I’ve been afraid of the IRS ever since, and often knowingly pay more than I owe or could deduct, just because I never want to be on the wrong end of an audit. When a client I’d worked with before asked me to do some writing for 1800Accountant.com — a large national accounting firm that serves freelancers, independent contractors, and small businesses — I figured that I’d learn some things that might help me get over the IRS-phobia that dates from my time in that San Jose office.

And sure, enough, one of the first things I worked on was an article that outlines the five most common mistakes that freelancers and independent contractors make when dealing with the IRS.  If you are self-employed as an independent contractor or freelancer, and get your income reported to the IRS on Form 1099 instead of receiving a W-2 form at the end of each year, check out the practical information in this new blog post.

I'm a Dallas-based marketing consultant and writer, who specializes in helping start-up technology companies grow. I write (books, articles, and blogs) about marketing, technology, and social media. This blog is about all of those -- and the funny ways in which they interesect with everyday life. It's also the place where I publish general articles on topics that interest me -- including commentary about the acting and film communities, since I have both a son and grandson who are performers.
View all posts by debmcalister →
This entry was posted in Management & Entrepreneurship, Marketing, Public Relations, Social Media and tagged independent contractors and taxes, PR, social media, social media crisis, taxes for freelancers. Bookmark the permalink.