Are you using PESO as your marketing currency? Maybe you should! 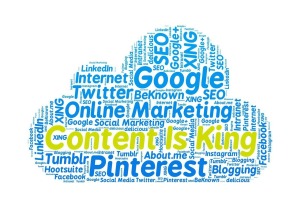 If your start-up or small business isn’t using PESO as the foundation for your marketing spending, maybe it’s time to start. I’m not talking about the Mexican peso (today’s exchange rate pegs that at about 18.5 pesos to the U.S. dollar, so a budget in pesos would have to be huge to make a dent in today’s marketing costs).

I’m talking about PESO, an acronym that refers to the four media types that can help you promote, support, and even defend your brand. PESO stands for:

By themselves, each of the marketing efforts that make up the PESO model can be a useful tool. But the real value, according to a new white paper from PR platform manufacturer Cision, is when a company can integrate all four into a cohesive marketing effort. Cision says that it’s hard for many companies to integrate all four types of content marketing because they lack the in-house expertise or knowledge to do so — and outside help can be too expensive.

I’m not sure I agree with that. I think that startups and small businesses are simply being penny wise and pound foolish. And larger companies are struggling with the concept of integrating paid media with owned and earned media. The advertising and PR functions were separated for decades, and many managers (especially in start-ups or small business, where budgets can be tighter) struggle with the idea that paid media is an essential part of their marketing effort. Staffing tends to be split, with separate departments, agencies, or staffers handling paid and earned media.

The Myth of Viral Marketing

I think there’s a common belief in the myth that one viral marketing campaign, or social media and PR by themselves, can get the job done. It isn’t true.  No one win — no matter how huge — can ever achieve the results any company wants.

Of course, social media posts, videos, or stories that “go viral” can be a huge, temporary boost to a company’s traffic and name awareness. But if the viral message isn’t part of a cohesive marketing campaign, it’s likely to be little more than a splash in the pan. Worse, some marketers create “viral” campaigns that seem hip and funny at the time without helping sales at all.

For example, in 2012 Samsung’s Galaxy SIII video campaign achieved 71.8 million views. That year apple released over a dozen videos to get 57.8 million views. But Apple sold far more units.  I’m with digital video company Explanify on this one: focusing on reaching millions of people is nearly always the wrong marketing strategy. Your customer probably isn’t “just anyone”. So don’t waste time or money by failing to target a specific audience with a specific message.

It takes a consistent, planned strategy to build a brand or corporate image, and then protect it over time. That doesn’t mean a start-up or small business can’t start small, with guerilla marketing tactics and social media on a shoestring budget. It just means that over time, there is a direct correlation between your budget and your results. (Or at least there should be. I’m a big believer that marketing spending needs to be tied to measurable results.)

Gini Dietrich, the developer of the PESO model, used this graphic in 2014 to illustrate how it works in an interview with Mashable. I think it’s the perfect overview of the PESO model. Following it could help almost any business achieve better results. 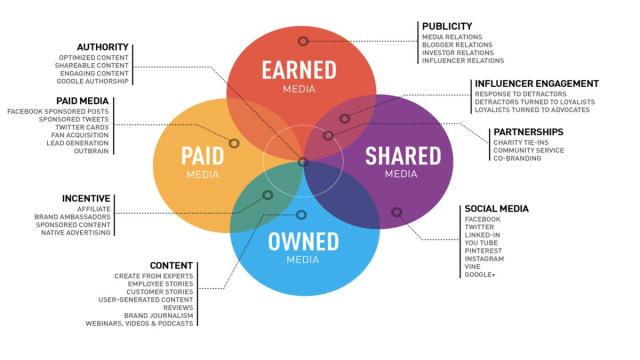 Gini Dietrich, the developer of the PESO model, used this graphic to illustrate the process in a 2014 article in Mashable. I think it’s the perfect outline for a content marketing strategy for nearly any business, especially a start-up or small business that needs to establish its brand.

Have you tried using the PESO model for your small business or start-up? Did it work for you?

I'm a Dallas-based marketing consultant and writer, who specializes in helping start-up technology companies grow. I write (books, articles, and blogs) about marketing, technology, and social media. This blog is about all of those -- and the funny ways in which they interesect with everyday life. It's also the place where I publish general articles on topics that interest me -- including commentary about the acting and film communities, since I have both a son and grandson who are performers.
View all posts by debmcalister →
Gallery | This entry was posted in Marketing, Public Relations, Social Media and tagged content marketing, digital media, establishing your brand, online marketing, PESO content marketing, PR, social media, startup marketing. Bookmark the permalink.